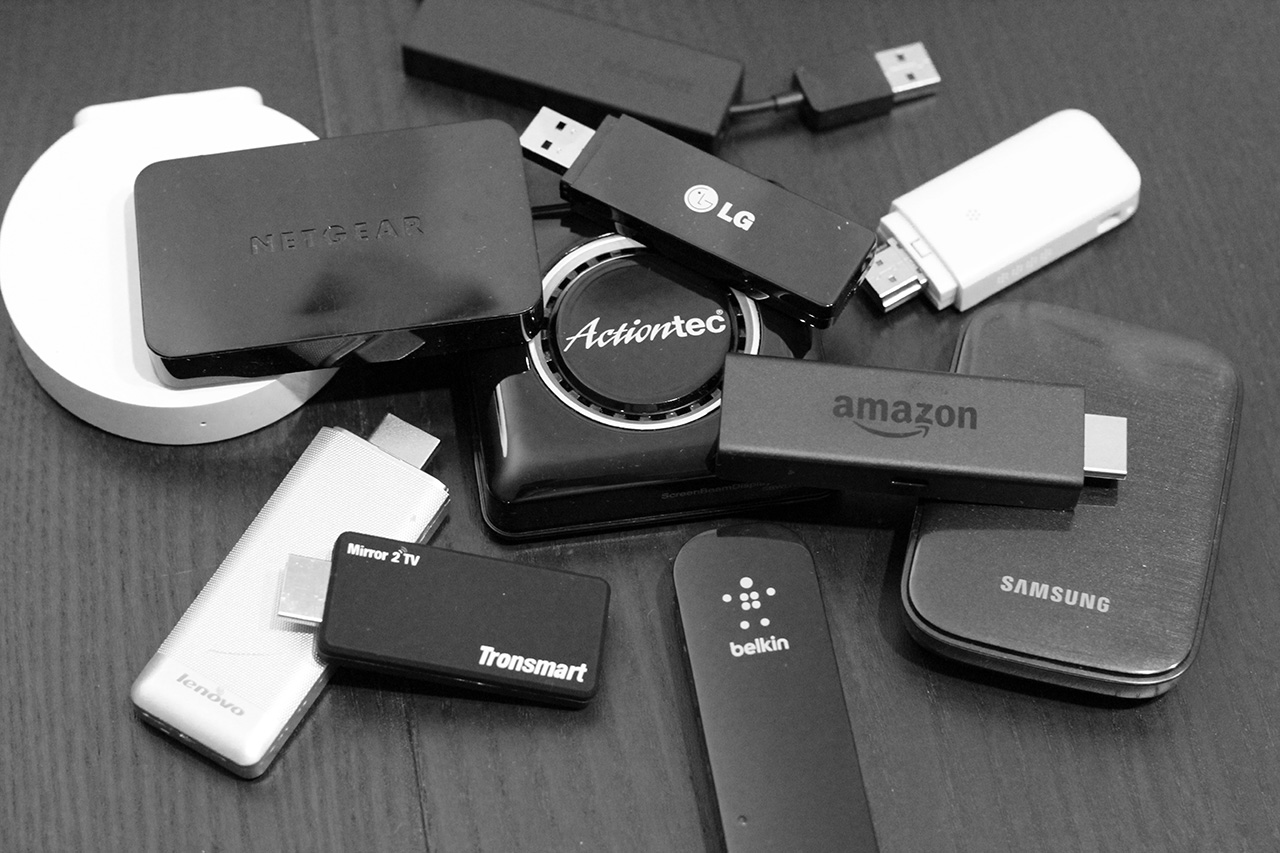 I've written about the Wi-Fi Certified Miracast program (and related Wi-Fi Display specification) before, so I'll spare you the intro. But what you may not know is that for about two years now, I've been testing and collecting wireless display dongles, an esoteric hobby for sure. Per request, I put together a chart of my devices and associated latency observations and am sharing that today.

When I refer to latency, I'm talking about the time it takes for an image on a source device (e.g. a Surface Pro) to appear on the target device (e.g. TV).

My test parameters are as follows:

Testing involves running a simple program that displays a counter and loops through a movie trailer that covers over 90% of the screen to exercise motion compensation algorithms and observe quality and latency hits, if present. I then take a picture with a DSLR of both the source and target (in the same frame) and subtract the counts to determine latency.
CostFirmwareAvg. Latency (ms)Works with WindowsMiracast CertifiedActiontec ScreenBeam Pro$68.991.1.1.1083YesYesMOCREO iPush$41.803.0.0-rc1NoNoNetgear Push2TV (PTV3000)$48.992.4.53116.3YesYesSamsung Wi-Fi AllShare Cast Hub$68.98LJ02NoNoLenovo Wireless Display Adapter (WD100-SL)$29.51Unknown143.5YesNoBelkin Miracast Video Adapter (F7D7501)$59.992.51376Yes, but unstableYesMicrosoft Screen Sharing for Lumia Phones (HD-10)$69.992.0149.8YesYesAmazon Fire TV Stick$39.9954.1.1.02971.13Yes, but unstableYesMicrosoft Wireless Display Adapter$57.981.083.16YesYesTronsmart T1000 Mirror2TV$29.9913414176.66YesNoXbox One 🔧$345.996.2.12815.0106.8Yes, but unstableNoHDMI cable reference$5.0932YesNo
🔧 Xbox One latency was measured with different hardware (Surface 3), so its number isn't directly comparable to the other devices. This will be fixed when all devices are re-tested with new hardware.